She came to RB to get another Maggie Hope by Susan MacNeal, RB’s new series success of the summer, and stayed to talk about other books she might like.   When the yacht club was in the harbor several weeks ago, we had established that we both liked Daniel Silva (spy, with adventures “practically taken from the newspapers’ front pages”) “Foyle’s War” and “Bletchley Girls” (hence, Susan MacNeal’s series), WW II, women spies or adventurers, and, she added, “the  Downtown Abbey sort of thing.”  So she found the next Maggie Hope adventure,  I started thinking aloud and she began looking.  She ruled out Phoebe Atwood Taylor’s Asey Mayo mysteries set on Cape Cod during WWII.  Talk of Germans near our eastern coast and the explosion at Halifax with Oppenheimer’s consequent visit suggested, but she ruled out, Samuel Eliot Morison‘s multi-volume, multi-editioned U.S. Naval History, Robert MacNeil’s Burden of Desire, and Denise Kiernan’s The Women of Atomic City: The Untold Story of the Women Who Helped Win WWII. 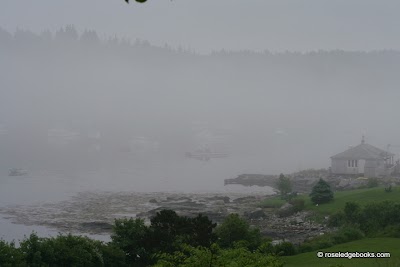 RB was out of Alan Furst, but his spies are rarely — if ever — women, and Charles Cummings’ Trinity Six was also male spies.  I forgot Robert Galbraith, but “his” (J.K. Rowling by another name) spy is also a man.  I suggested Gertrude Bell in the Middle East  (Desert Queen by Janet Wallach), though she was there during during and after WWI.  I forgot Jacqueline Winspear’s Maisie Dobbs (Thank you, Kathy), but Chris Pavone’s Ex-Pats proved a subtle winner.  If I had remembered and had it in stock, I would have suggested  the Jack Reacher book in which he learns that his mother was a fighter in the French Resistance, then throws his silver star (maybe?) atop her coffin, as shovels-full of dirt fell.

The upstairs-downstairs books didn’t come to mind immediately, but when they did, bells rang.  She had already read and liked Daisy Goodwin’s American Heiress which was good because RB has to wait for next year’s paperback.  Edmund deWaal’s Hare with Amber Eyes was a winner with its  five generations of his family (the Ephrussis, “as rich and respected as Rothschilds”) , as long as there were no dreadful war atrocities detailed.  Rhys Bowen and his Royal Spyness series has since come to light, and RB will have it next summer.  But the big bell-ringer was Thornton Wilder’s Theophilus North (Thank you, Dana), 40years later, still the best place-based (Newport, RI) novel I know.       (Too any “I’s”; I hate that.)

This RBRegular left with four great reads, one more day of sailing before the weather goes amok, and a promise to be back next year to browse, perchance to dream, but always to continue life’s search for the next best read.

To the rest of you:  Note how useful suggestions were.  Hint.  HINT. 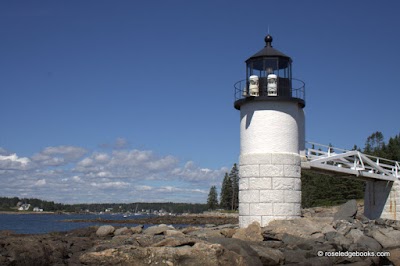 Fourth tent event of the season on the East Wind Inn lawn.  No tent floor, so probably not a dance, but maybe music.  Maybe cars looking for parking will break the old record of 12 cars in a row driving into the RB driveway and raising hopes, only to  turn around and go back down Sea Street to find a parking place nearer the corner.  But a giant four-tent event is set to happen on the Cod End dock.  Has there been a sale?  A big crane on a barge did the heavy lifting, and that was a little exciting.  Commercial Street friends are readying a blocking effort to keep their driveway useable.  I have not been asked to be part of a human shield, but I’m ready.

Scott reports that only taller people (5’10” +?) can even pretend to sit casually on the rock wall near the bush that is eating Sea Street, and once seated, your feet may dangle.  Clearly RB has an all-bum wall.