Bring on the sunshine; I have a new hat.  I’m coming to Maine on August 13 for only one week, so get ready to party. 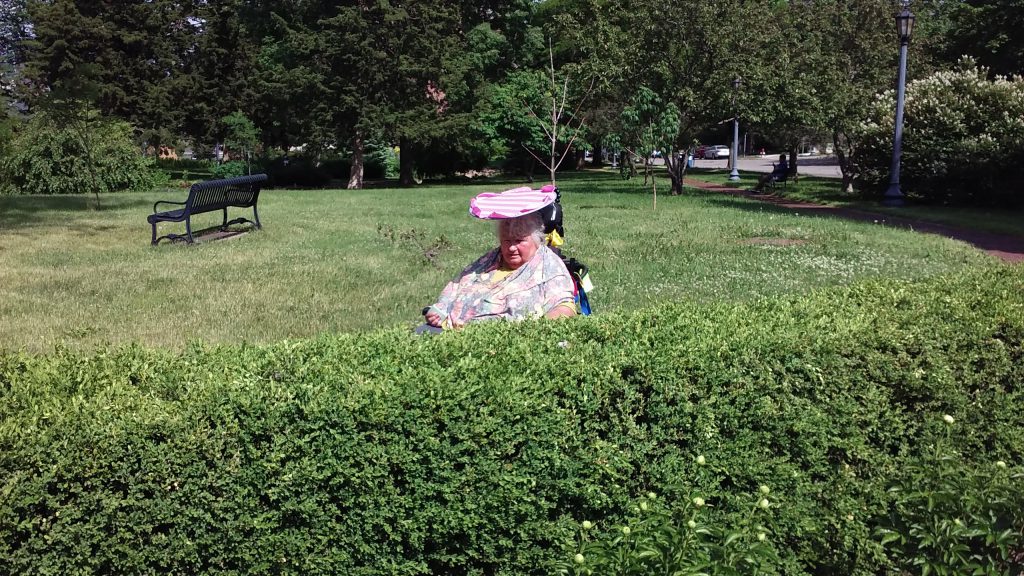 Here I am lurking in Minneapolis,  shade-testing the hat and managing not to do a Mary Poppins on an almost windless day.

Book questions: I found two new-to-me authors’ books that I liked a lot: Elsa Hart’s The Jade Dragon Mountain and The White Mirror (1700’s, southwestern China, librarian, Jesuits) and Joe Ide’s I. Q. and Rightous (East Long Beach, CA wholly new to me, and oh! the sounds of language!)  Question: what algorithm finds more like them?

Another Question:  Does anyone do CIA, Asia, and problems of now, e.g. quantum computing and personal identity, better than David Ignatius in The Quantum Spy?  His earlier book, The Directorate, ostensibly about hacking, reads like the front page fights within the NSC —  perhaps as written in “his” Washington Post.

Scott says Roseledge is ready.  The harbor is waiting.  So many good times to be had.

And don’t we deserve it?