I’m now a regular at the Sunday Farmers’ Market, where, with Charlie’s running interference. I, with my nimble joystick, have zigged through one side of the Market regulars who are mostly tall, slow, texting walkers with dogs, strollers, and wandering eyes.  Unfortunately, the bagel-like preztels are on the too-crowded side.

With Charlie, I’ve walked by, looked or sampled, and found issues with
–the handsome Nordic Herita[ge Museum, where among the scheduled events, I saw no mention of Irish influence in the Vikings’ early explorations — surely, an oversight.
– -Ballard Consignment where, on the sidewalk sits a perfect yellow vinyl lawn chair with arms, which Charlie thought unneeded and, therefore, refused to sit in.
–the nifty Ballard Branch Library, where the best hours for me occur when Charlie plays basketball.
Charlie’s great and he’s coached me well.  And some explorations are best done together.  But, mostly, it’s time to solve some of the world’s problems  on my own.  Charlie is beside himself.

I’ve figured out how Leary, Market, 22nd, and even Old Ballard Avenues intersect and where the crosswalks are, I said.

I’m going to follow you from 20 feet back, he said.

For heaven’s sake, I said,you sound like the dad who can’t let go when his kid takes the training wheels off. And I am not getting an Uber-Walker, even if such exists, (Good idea, Steve.) or dog-walker with too many leashes and a side business.

You can’t get in and out of the Landmark by yourself, Charlie grasped.

There is usually someone nearby, I said. Besides, you made a poker for me to reach elevator buttons and, good news! 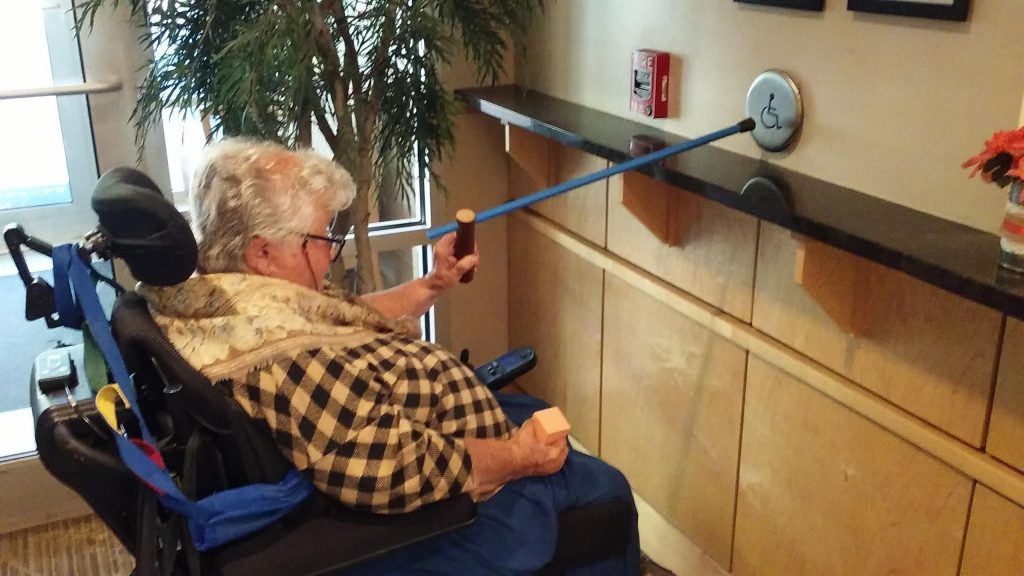 But for Charlie, the poker has An unexpected consequence. 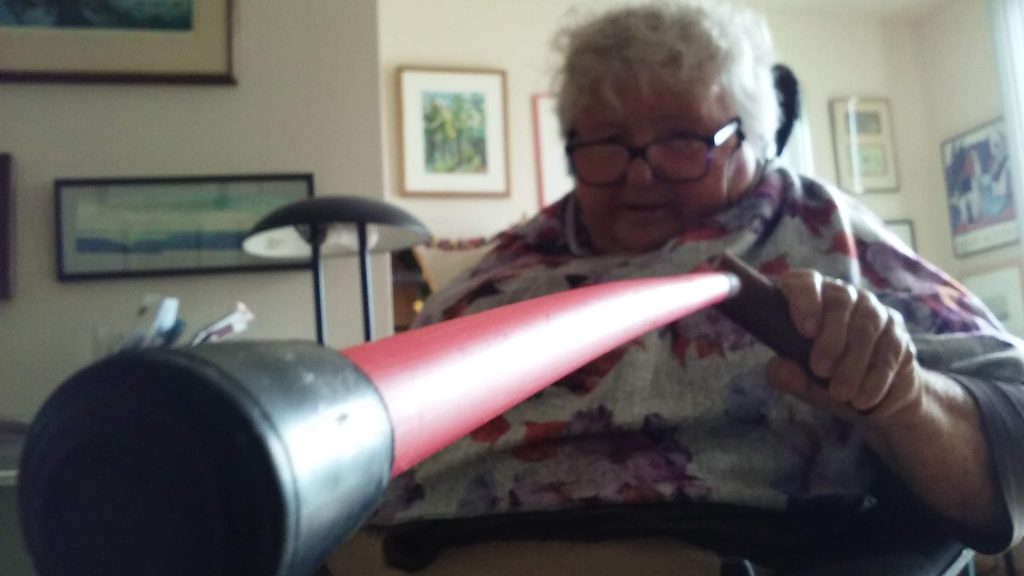 I thought I had won the Battle of Going Rogue. Then, hard to believe, last week, a crazed guy with a (lethal? ugly? evil?) pitchfork attacked a woman sitting in her car with the window down. It was mid-afternoon on a Wednesday in front of the Ballard neighborhood post office. Hard to get more ordinary than that. The woman raised her purse to fend off the pitchfork wielder, as two men ran to her aid. Charlie was all over this

That could have been you, he said. Midday visit to the neighborhood public library and WHAM! Pitchfork wielder strikes again

The pitchfork guy is in jail. I pointed out.

A copycat, then, Charlie says. And you don’t have a purse.

I have a lethal attack-wheelchair which I drive at 3 (of 5) hares and five turtles on the street. (Thanks to C.J. Box who has Joe Pickett attacked by an evil mom when he is questioning her in jail. Charlie might point out the evil mom similarity. See Action Shot #4 above.)

This may all be settled when NFL games start and are played during Farmers’ Market hours. The Market is on the street immediately out the Landmark back door., which is, unfortunately, trickier to open. But surely someone will help. This is Seattle, which with Minneapolis and Tenants Harbor may have captured all the nice people. Okay, add Wiley’s Corner for Scott and Brian. 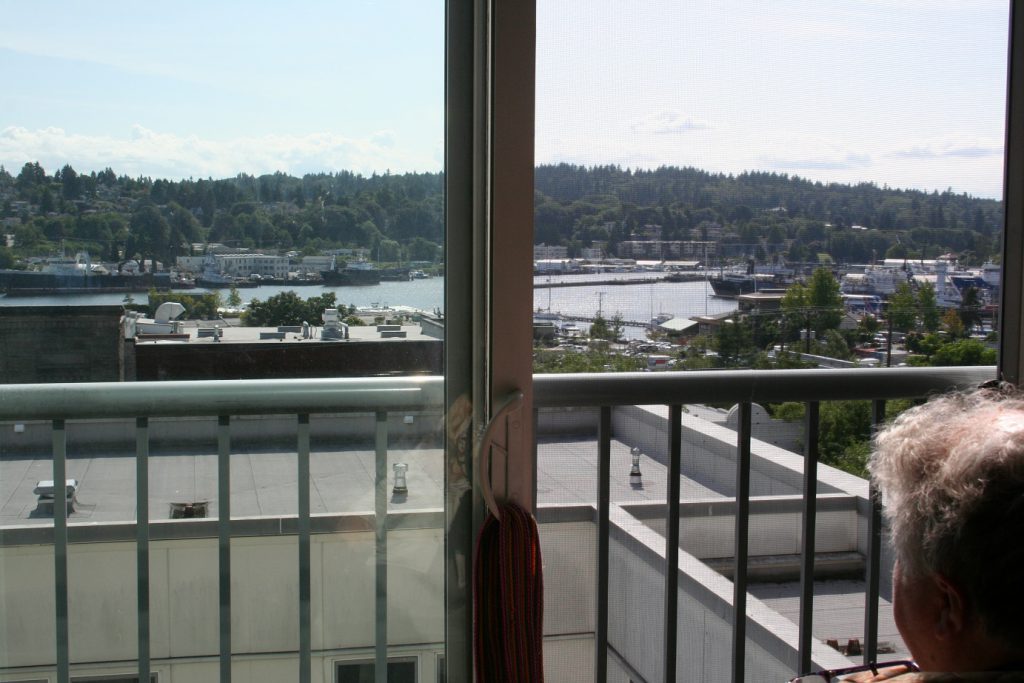 Action Shot #5. Thinking. Just got back from the MOBBED market. H-m-m-m.