Mom-gull was watching over about twelve fuzzy chicks who were mostly resting in the shade of the roof, except for the wandering outliers. Mom-gull was alert, but not moving. Knowing little that matters about seagulls, I wake up to their 5 am sqw-wa-acks, watch, make up stories and enjoy a cup of coffee. 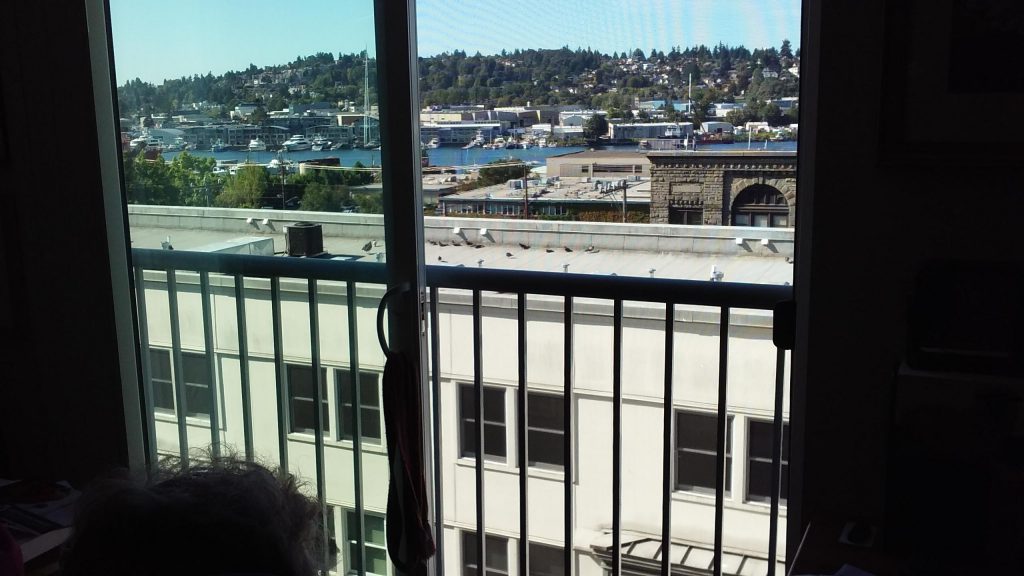 Action Shot #7. Watching. The shadowed, coffee-d, tonsured watcher watches the mom-gull or dad-gull watching the chick-dots in the shade of the wall, except for the darker-dot outliers walking about.

Charlie is convinced the mom-gull is sqwacking, “Get up, Charlie.” Fortunately, the NYTimes had a great article, sensible about seagulls, noting that mom-gull just might be dad-gull, sqw-wa-acks and all. Good to know.  Birder friend, Katie, said that one of her fellow birders said that seagulls are not a distinct bird; rather they are a combine, of some kind, probably with some herring gulls. Well, humph, I say. The NYTimes called this “birdsplaining”. Perfect.

Maybe a critic who wants to see abstraction might label Jamie Wyeth’s paintings of seagulls “visual birdsplaining” because he paints them with incredible knowledge of detail, which I appreciate, AND with keen awareness of personalities, which I am beginning to appreciate. Granted, in his series of paintings, the “Seven Deadly Sins,” seagulls are sinners (Aren’t we all?), but also his companions, surviving with him in the wild on the far side of Southern Island. I figure you take companionship where and in whatever form you find it… 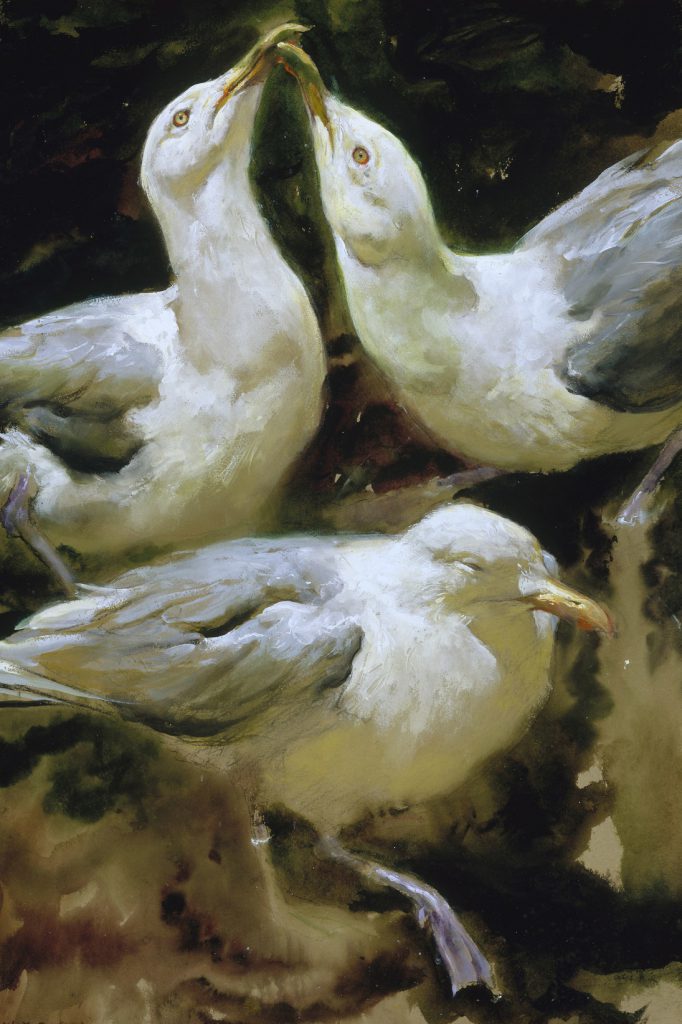 Action Shot #8. Showing detail of mom gull or dad gull as painted by Jamie Wyeth who is a friend and neighbor and really good painter.

…especially when you are one among strangers, except for super-son, Charlie. All-purpose friend, Kathy, reminded me of the companionship that the gulls provided for the young protagonist who lived alone in Where The Crawdads Sing.  I loved the book, but didn’t remember the seagull perspective.  Delia Owens, the author, is a zoologist who knows whereof she writes so well, which is a very good thing.  And I think the gulls like me. One walked to the ledge nearest my window, looked at me, sqw-wa-acked ”What’s up?” and waited for my answer.   And when the birds dive-bombed toward  me, out and about in my wheelchair, they avoided my spreading tonsure and landed instead on the sidewalk. Whew! Charlie said they were pigeons.  Humpf.

So I am adapting. Ten years ago, I was asked about my hobbies. I listed adapting. I figured reading was more a way of life, and drip-drying was a long practiced super-power. Now, with my move to Seattle and the companionable seagulls so near, adapting has advanced to a way of life. Reading would have moved to super-power status, if I hadn’t missed the “gull as companion” thread in the Crawdads book, but it is on it’s way.  Drip-drying, especially in Seattle, is by definition a super-duper power. And multi-tasking has reached hobby status. 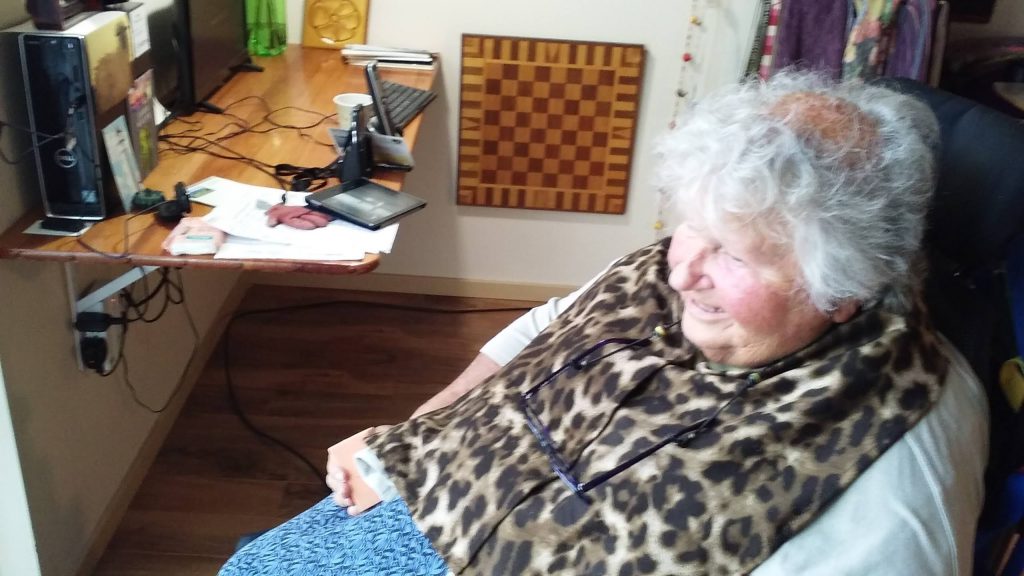 Are adapting and becoming the same thing?  Can becoming ever be other than THE way of life?  Do I have too much time to think about things?