FICTION LIES? I DON’T THINK SO.

Did you hear or read about the Russian cargo ship that recently went missing for two weeks? The BBC noted the event a number of times, speculated that the ship may have managed some down time to deliver arms to Iran, and even mentioned the Mossad. It could all have been a next chapter in Daniel Silva’s Moscow Rules!  And some among you don’t read fiction because it is “all lies.” (You know who you are.) 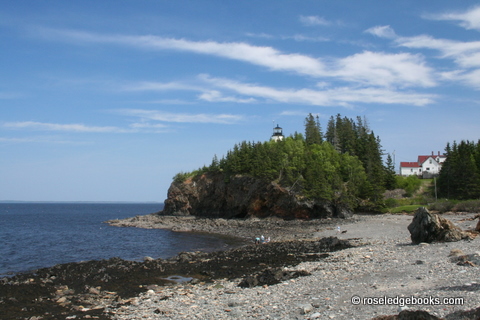 Fig. #64. Some might argue that this photo lies because the blue sky was so rarely seen last summer.

Daniel Silva’s events may not have actually happened, but they could have. The conditions were right. That is the truth of good fiction. I read to learn and I expect the author I chose to read to be prepared to teach, but I don’t expect or want just a retelling of what has already happened. Where is the fun of possibility in that? Now I want to read Martin Cruz Smith’s Stalin’s Ghost to see if the Russia of these two novelists overlaps.

Richard Clarke wrote two novels about his cyber-worries: The Scorpion’s Gate and Breakpoint. “In an exclusive video message for Amazon.com customers, Richard Clarke introduces his new novel [Breakpoint], and explains why, as he says, ‘sometimes you can tell more truth through fiction.‘” He also noted (probably in an interview with NPR’s Terry Gross, but I’m not sure) that no one on the National Security Council was paying much attention to his counter-terrrorism reports, but after watching one hour of the television show “24”, 8 million people knew you could carry a dirty bomb in a suitcase. So more truth to more people through fiction. (An aside: Breakpoint didn‘t hold me — blame it on too many years thinking about “information flow” — but it is worth a read.)

You who do not read fiction may not be ready for whatever comes. But if you are nice, we who do will be ready for you. 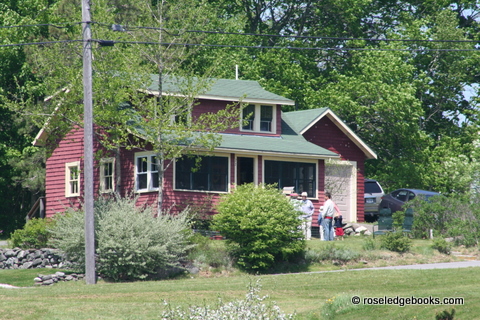 Fig. #65. Just so you don't forget what Roseledge Books looks like.

I am back in Minnesota weathering the first mention of snow flurries for the weekend after an unusually warm and dry September. Go Vikings! Go Twins! I miss the blueberries, harbor activity, village life, and, of course, you all. The pace and scale of Maine suit me apparently. Surely I move better there, but I am figuring out how to move better here, too. My reading is somewhat constrained by my elbow malaise, but Alex Berenson’s Ghost War continues my effort to learn more about the Middle East as do Barry Unsworth’s Land of Marvels and Boris Akunin’s Sister Pelagia and the Red Cockerel.

So life is mostly good, even as I list to the left.

1 Response to FICTION LIES? I DON’T THINK SO.