And winter it is — especially in Tenants Harbor!  Sixteen MORE more inches are falling as I write this, and Scott (who called) stands ready to dial 9-1-1 as Brian clears his dormered roof.  Dormered Roseledge is sturdy, I think, but this is more winter testing than I recall from afar these past thirty years.  Harry used to send pictures when the snow covered — but JUST covered — everything.  I miss Harry, though Roseledge has good neighbors who let me know if trouble looms.  Thirty above, almost Spring-like here in MN, with almost NO SNOW but some ice and a cold wind.  Hunkering down with a good book or the morning paper and coffee is still the order of the day with thinking about readers and perfect books for RB always the topic of the day.  I have to wait for summer for you to tell me how right or wrong I was. So far, Smilla’s Sense of Snow by Peter Hoeg provoked the strongest “ALL WRONG” reaction from a sailor looking for a mystery with boats.  Always good to know there’s room for improvement. 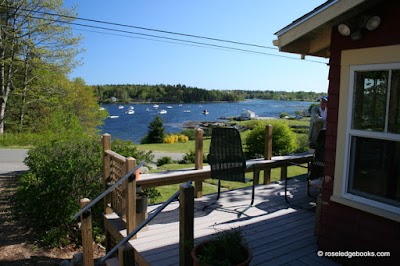 SO IN MY WINTERS OF YOUR ABSENCE, I visit with non-present minds and usually have quite a good, if ultimately unsatisying, time. Recent encounters of note were with:

Phil Klay as he read the NY Times and commented on the worth of a book’s detail for authors writing of that period.  [“There’s a review of David Kynaston’s “Modernity Britain,” which, were I intending to write a book set from 1957 to 1962 in the U.K., sounds like the sort of thing I would run out and buy.”]  This brings back good memories of “Elmore’s Legs,” a NYer article about Elmore Leonard’s researcher finding a useful book of pictures of Havana in the 1930’s for the book Elmore Leonard was writing then, Cuba Libre.   Roseledge Books usually has this, as Cuba is a popular topic, maybe moreso now. “Reading the paper with..” is an ongoing Insider column of the NY Times and Phil Klay was good, but Delia Ephron is still my favorite.  (Phil Klay is the author of Redeployment, award-winning short stories of his time in Iraq, not yet out in paperback.)

Chris Offutt as he forensically got to know his dad, the pornographer, who wrote 400 books and kept lots of attendant papers and other stuff.   In cleaaring out his dad’s study, he uncovered layers of materials and linked them to stages of his dad’s life. I wish more libraries of the dead were explored and discussed in terms of the arrangement of the materials. Knowing what was stored next to each other could add context to the contents and provide, maybe, part of an intellectual biography.  (Chris Offutt wrote No Heroes: A Memoir of Coming Home which Roseledge Books will have next summer.)

And thinking of dead people brings to mind Colleen McCullough’s snotty Australian obituary which I never would have known of were it not for a letter writer in the Mpls Star Tribune who called an earlier letter writer a hyper-feminist (as I recall) for complaining about it. I love obituaries and remember a book by the NY Times obit writer, (maybe Marvin Siegel’s The Last Word) telling of the awkwardness of contacting living people of note, and then, if they had not died, contacting them again in five years for an update.

Harper Lee, through news of To Set A Watchman, her recently-found (after 50 years), soon to be published, pre-written sequel to To Kill A Mockingbird. Is it good or bad to add another work to her one published work which, though questioned, is, by almost any definition, a classic?

Are you a passive reader — or watcher?  Hard to have a conversation with the non-present, if you are.  And what a lot you miss.  My mother, whom I frequently drove nuts, said that as long as I laughed as I read, she did not worry about me. Laughter is a good measure; it suggests perspective. Save me from the literal-minded, please. I still shout at the tv, comment aloud to the newspaper, and do my best to scrawl at least an exclamation point in the book’s margin which is one reason II am having trouble adjusting to the Kindle.  Jim Webb’s memoir, I Heard My Country Calling, is my test book.  I like him and memoirs, and someone suggested he might be a dark hose candidate for president.   So far, I have not adjusted to percentages of text instead of pages, I don’t like looking at only one page at a time, and, with only one hand, I still need something to rest the book on as I change the screen.  But I’m reading it — and enjoying it — before it is out in paperback. 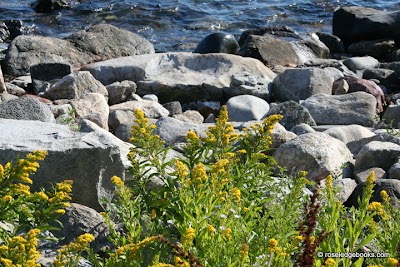 Warning: THIS NEXT TIDBIT MAY LEAD TO A JEALOUS SNIT. IF you, like me, are hungry for a Diana Gabaldon fix, but too cheap to subscribe to the Starz TV Outlander Series or to buy Written In My Own Heart’s Blood, her latest Outlander series novel in hardcover, then get ready for learning about a surprise treat you missed.  A whole-season roster of the Outlander series appeared FREE on Xfinity. Charlie, who fiddles with the remote in ways I don’t, found it and mentioned it. Only the latter is a surprise. Fortunately, neither golf by the ocean nor the Super Bowl was on ( Go Hawks!), so I spent seven hours in beguiling Scotland, reliving the early exploits of Jamie and Claire and comparing my book-bound visions with the television adaptation. I loved it, especially the lines or details I recalled from the books. (And can you even imagine, let alone remember, the worst ever, last play call by the Seahawks? Go next season Hawks!) 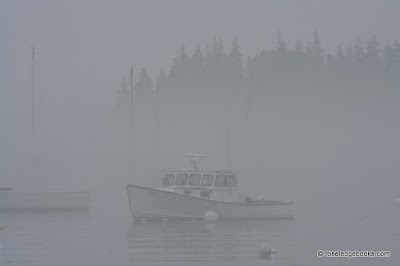 HOW CAN I BE SO WRONG? LET ME COUNT THE WAYS…..Regarding my last post:  I’m not dead. I got that right. Whew! But it was Irish Dana with the short “a”, who is named for her father Daniel who asked, not not-Irish Dana with the long “a”, whose dad’s name is Paul.  Sorry about that, good frriends who accosted wronged, very surprised Dana.

But the errors of my ways do not end there. Remember the unposted picture with the unidentified person?  Once I knew it could be enlarged (Thank you, Charlie.), I saw that Mr. Clean in the neon-yellow shirt was not even the person in question as he was not standing in the boat at all. Upon very much better inspection, the answer to the question is: No, Steve Bailey (the man in the stern who blends in with its wood and who also probably has never been seen in a neon-yellow shirt) is not Jamie Wyeth (the man not in the stern or outside the boat or swimming in the harbor, as far as I could tell from the enlarged picture.). But, then, who is Mr. Clean? Is his a General Store t-shirt? And what is he looking at?  Questions remain. Hurry up summer. Come again, kayak paparazzi.  The world needs to know.