Roseledge before this weekend’s coming snow, forecast to be TWO MORE FEET before blizzard-strength wind rearranges it. 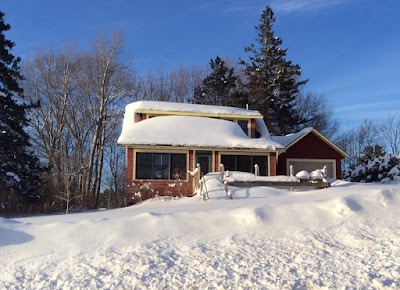 Roseledge as the summer place of the heart and good books, as it has been and will be again next summer — with, wind willing, its new red maple tree,  re-positioned river birch, and four new blueberry bushes intact.. Hope for the best for the roof. 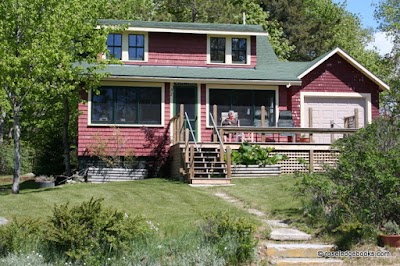 Now is the time to find best books to add to Roseledge Books’ shelves, avoid cabin fever and terminal grumpiness and think about ways to save the world. And because God is good, I’ve happened upon two “lists” of possibles.

The first list comes from a study by psychologists that links empathy with literary fiction. I would have more confidence in the list or the outcomes if I knew the psychologists were readers or if librarians whose life work is with readers were among their colleagues, if I knew how they had chosen the titles or what authors thought of their “analyses” that led to the choices, and if they had done empathy tests both before and after the reading.  But for what it’s worth, here is the list of books they used:

How the Potato Changed the World, by Charles C. Mann…..Bamboo Steps Up, by Cathie Gandel…..The Story of the Most Common Bird in the World, by Rob Dunn

I’d love your reactions to the choices. Good to add, given RB’s limited space ?

The second list is much more fun to think about.  For three years, Reinier Gerritsen took thousands of wonderful pictures of subway readers who were identified only by the name of the author of the paper book they were reading. Based on the particular books people were reading, he thought the L train to Brooklyn the most intellectual.  Only a few authors were being read by more than one or two people. Which titles by that author they are reading is food for speculation.

5 people are reading books by Steig Larsson, and Michael Lewis; and

The lesser read — or lesser known titles — are the better ponderables for Roseledge Books.

Enjoy a book with fellow readers in Reinier Gerritsen’s The Last Book. He believes he was documenting the death of the paper book. I believe he was documenting learning in action. Either way, readers matter. They know things others don’t. They keep their minds nimble and adaptable. They are the hope of the world. Therefore, Roseledge Books exists.