Feeling sorry for yourself in the snow and ice and cold? You think you’re cooped-up and alone, with no one to talk to? Think again, readers.  Talk to the newspaper, reader to reader.  Then, bring in old friends.  This could result in an email, online comment, telephone call, or ever-interesting musings.  Okay, sometimes I talk to myself.  Or write to you all.  Busy days, snow or no. Start with Aldus, the people’s (first) printer, a rare find in a daily newspaper. 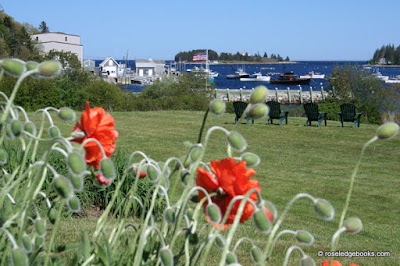 Gutenberg can have his novena forms for the Vatican; give me Aldus instead who understood the importance of “cheap-er” paperbacks, maybe in a language you could read, if not that they be pocket-book size. Listen up, former neighbor, Steve who, in the very early ’70’s, was still not reading paperbacks. “Trash!” he said. I pointed out they had been around since the 1500’s and how much he was missing in books that were never printed in hard-cover. “Only trash,” he said. But, I continued relentlessly, modern paperbacks were now sized for the pockets of suit-wearing men, like him, who could then read anytime, all-the-time and appear to be hugely sophisticated anywhere, anytime, whereas rarely seen but ever awkward clunky hard-cover books signaled occasional reader at best. “Trash is trash,” he said. What do you do with a dodo who happens to be a neighbor whose evening walks coincided with my raking or shoveling times? Mostly I remember him occasionally, as now almost fondly, but without regret.

What I do remember with regret are the old mass market paperbacks that were indeed pocket-sized, even if they were a bit thick. My days of paperback devotion may be waning both because they are losing out to the more frequently pocket-sized kindle and because they are getting so big — maybe to accommodate aging eyes — that holding them and turning pages with one hand — as I must — becomes trickier and trickier. But I bought stronger light bulbs and had my eyes checked (“You have the eyes of a 50-year-old,” the doctor said, and I gloated, lovingly of course, as nearly-50 Charlie, who reads at arm’s length, sat nearby.), so I should have no more blurred bottoms of pages. 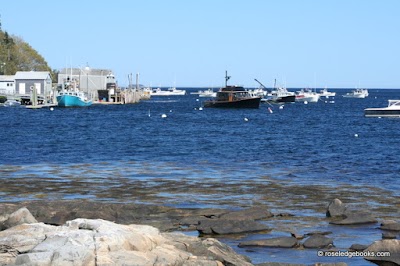 More happily, the Aldus article brought to mind wonderful and learned Sister Margery who in her retirement was a memorable archivist and in the hospital for a bit, so I sent her the (at that time) recent novel, The Rule of Four, which centered about Aldus’ most famous book, Hypnerotomachia Poliphili. I should have known she would have already read the novel and secured a page from the Hypnerotomachia for the St. Kate’s folks. The big question, of course, is which page. I had better luck recommending Madeline Stern and Leona Rostenberg’s Old Books, Rare Friends to Sister Margery because, though a bit younger, she grew up in the Cleveland of Ms. Stern and shared the 16th and 17th Century interests and extensive schooling of Ms. Rostenberg. And yes, Sister Margery is the same person who assigned Kristin Lavransdatter to her undergraduates and questioned whether or not I was really Irish because I did not bear grudges. She then offered to teach me how, should I ever recognize the need.  By the by, Kristin Lavransdatter is also a good read for the cooped up, as Millie discovered when recovering from knee replacement surgery.

More happily, too, in my Aldus-provoked meanderings, was reading a quote from Paul Butler (in today’s NYT column I love and have mentioned before, “Reading the Times with...”

Q. What section do you save for last? Why?

A. I read The Times online, and I click on the “articles recommended for you” link last because it always contains stuff that I want to read but haven’t come across while surfing. But then I get creeped out because I’m like, “How did they know I would be interested in that story?” Sometimes I click on an article that I would rather eat dirt than read – like today’s “The Roots of the Paperback” – just to throw those nosy geeks off!

Now THAT is my kind of reader! Making a point and maybe learning something, too. Maybe even having a good time — or a better time than you expected. Okay, that may be stretching it, but I love it. Aldus can take it, and Paul Butler’s future lists of recommended reads should be more..uh,..interesting, if the geeks can handle the unexpected. Such is also the bookseller’s dilemma when recommending a book based on a reader’s past choices.

So far, such a good day.  Three books to be sure Roseledge Books has:  Rare Books ans old Friends by Madeline Stern and Leona Rostenberg; Kristin Lavransdatter by Sigrid Undset; and The Rule of Four by Ian Caldwell and Dustin Thomason and, to honor this winter, Smilla’s Sense of Snow by Peter Hoeg.

To be continued, but until then, enjoy with me seeing St. George in all of it’s very unusual winter glory, but if you, like me, are from away, enjoy, too, knowing that the work of the snow will be done when next we are there.