DON’T CRY FOR ME, MINNESOTA,

FOR SPRINGTIME HAS COME TO SEATTLE. 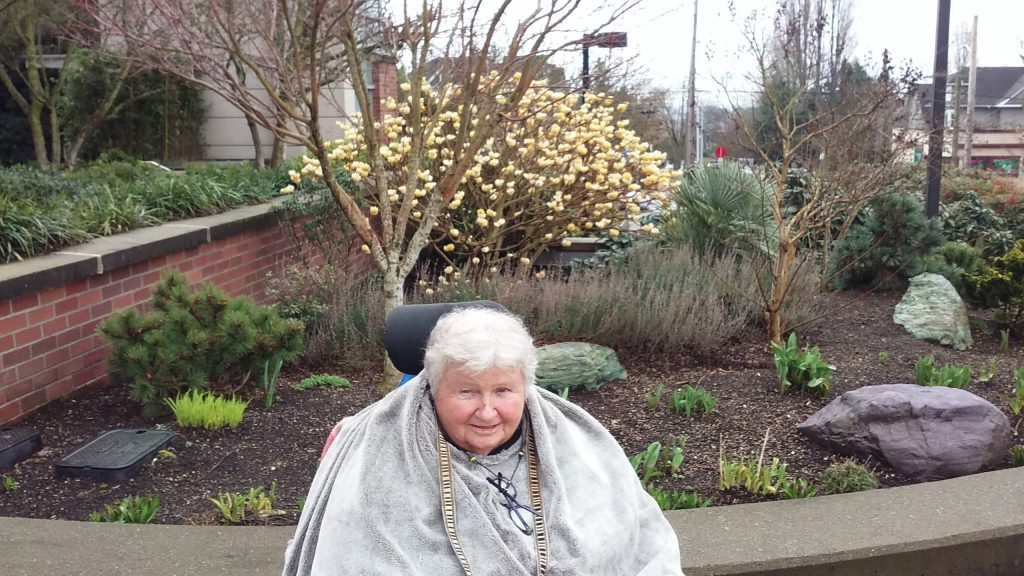 Action Shot #9. Being one with the magnolia and apparently having more hair.

I love Timothy Egan and not just because he’s a NY Times columnist, a Seattle-r and Jesuit-trained, although he is, but his latest book Pilgrimage to Eternity is a great travelogue and liberal arts review, as he walks 1,000 miles from Canterbury to Rome, questioning his faith.  It doesn’t hurt that he has an extensive, varied, and quite wonderful bibliography including a cited reference to Roland, the [medieval] Farter, the only citation I found that provoked Charlie’s interest enough to look up from his newspaper to check him out.  By-the-by, Roland was a flatulist, not to be confused with a flautist, and his current exemplar is professionally called Mr Methane.  Good grief! I have failed as a mother.  No, you raised a male, said Kathy, mother of two males.  Sigh.

I am a big Reacher fan, but Jack Reacher’s latest adventure, mostly as a cardboard vigilante, in Lee Child’s Blue Moon, is disappointing.  I followed it with John Grisham’s The Guardians, which was an encouraging antidote.  It chronicles an Innocence Project-type lawyer as he goes about his work freeing innocent people who are unjustly jailed.  It was fiction, but based on the work of a real lawyer/Episcopal priest in Texas.

Had fun with reporter Bruce Mowray’s telling about a theft he had covered in Stealing Wyeths.  It took place in the early ’90’s in Chadds Ford, Pennsylvania, the non-Maine home of the Wyeth family.  It was a “just the facts, ma’am” telling, but filled with the detail that living many summers in Maine’s Wyeth “neighborhood” made fun.  Had it been published a few years earlier, Roseledge Books could have had a field day.  A best-seller for sure.  Okay, okay.  I know that a RB best-seller was 3 copies sold in one summer.

Right now, I’m having fun with Martin Cruz Smith’s latest Arkady Renko mystery, The Siberian Dilemma.   He’s on his way to Siberia, looking for journalist/lady-friend, Tatiana, and rescuing her from the charms of an oligarch — or so it seems!

Enough for now.  Coming soon: much ado about Joanne Freeman and her book, Field of Blood:  Violence in Congress and the Road to Civil War.