We were quarantined again.  Fortunately, Day Brighteners were not.  These are some of my favorites.

Forever lattes!  Charlie has a new phone which means that, with the Starbucks’ mobile app he can now upload, he can always pick-up lattes, even if the governor reverts to mega closings.  But he still won’t ask for extra hot and less foam on my order.  He says I am a difficult person.  It’s a mother’s gift and Charlie is a recurring Day Brightener. 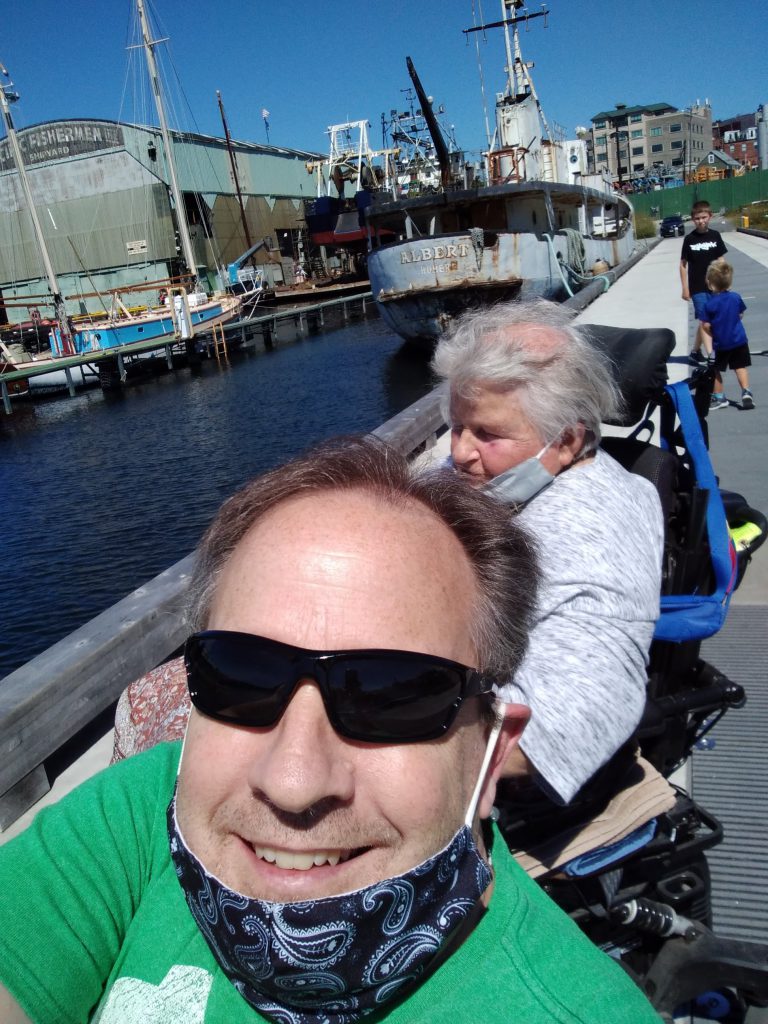 Visual sources alert!  We know too little about reading maps and appreciating multi-media news stories or Ken Burns’ documentaries.  Too few have read, and even fewer have appreciated, Edward Tufte’s books, e.g. The Visual Display of Quantitative Information, or my personal favorite, Errol Morris’s Believing is Seeing.  Trump’s continuing show makes clear that too many people are still fooled by lies and the lying liars who tell them.  (Remember the magic marker hurricane map episode or the COVID incidence chart in his interview with the Australian reporter?) Visual literacy is a complex issue, sure, but two good starter-read Day Brighteners in yesterday’s NYT explain how to ‘read’ weather maps and how the NYT visual investigations team built a news story from mixed media.  The NYT online edition has great maps, complex charts, and photo essays, all good information sources just waiting to become evidence in someone’s better argument.

Good ideas, good cheer!  A condo-dwelling retiree, who walks, likes to garden,  and was looking for a project, saw  big, healthy lawns, surely just waiting to become a flower business.  She chose yards, interviewed owners, planted, then tended, seeds and voila! Her cut flowers for sale in two stores.  She even had a mini-CSA of households who wanted a bouquet a week.  Such a good idea!  Okay, I may be drawn to her by memories of the Roseledge Books creation story which Charlie and I and Scott, my truth-in-telling rescuer, are trying to relive in a Ken Burns-ish adventure,  which makes it a double or triple Day Brightener.

Screened window compromise. My floor to ceiling window may be the biggest Day Brightener of all, literally and figuratively. 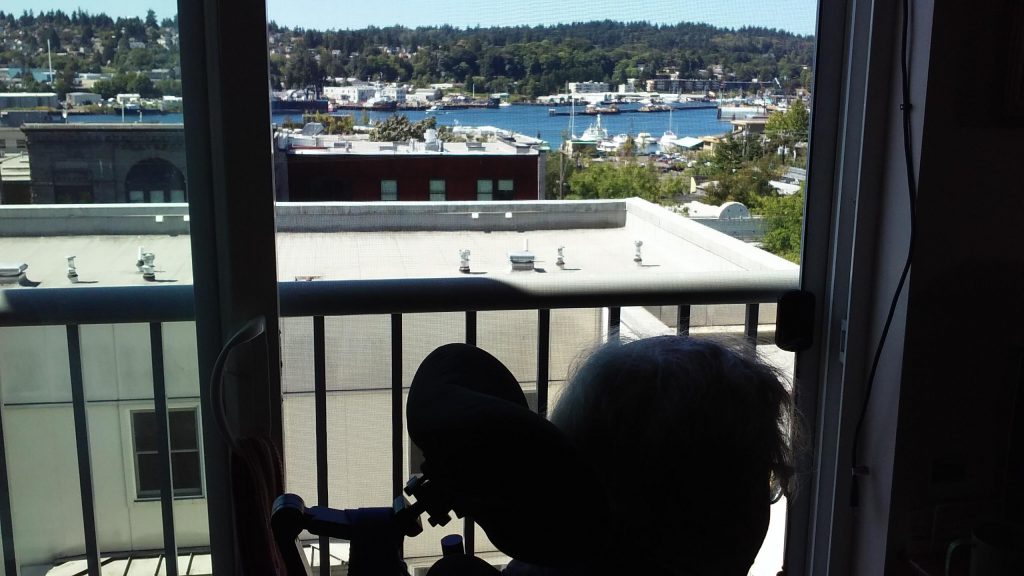 Sunny day calls. Sheltered, in silhouette, I read and look. Hair tells all

All this reading called for discipline.  Too many comfort reads, mostly mystery series, do not a mind enliven.  So I began, and am continuing, a schedule of reading 10 to 25 percent of a thought-provoking book interspersed with old or potentially new favorites.  For instance, I have just finished Hope Jahren’s excellent The Story of More, interspersed with  Julia Spenser-Fleming’s Hid From Our Eyes, Joe Eid’s High Five, Dervla McTiernan’s The Ruin (Next time, maybe I’ll try again a Tara French mystery.) and John Grisham’s Camino Winds.  I started Scott Turow’s  The Last Trial, but it was too textbook-ish.

Now I am reading Bernard Bailyn’s Illuminating History, a working memoir like Robert Caro’s Working, which I loved as a “how he did” the research for his bios of Robert Moses and now LBJ, which, so far, is 3 of 5 volumes and counting, and Robert Caro is 84 – and counting.  I am currently interspersing with Daniel Silva’s The Order because I needed to remember that we are one among others in a world of gray relationships, Paul Doiron’s One Last Lie (Maine),  Owen Laukkanen’s Lone Jack Trail (Olympic Peninsula)  Elly Griffith’s The Lantern Men (academics, so maybe also Julie Schumacher’s The Unbearable Book Club for Unsinkable Girls), and who can resist a mystery by a Literature Nobelist?  So also included is Olga Tokarczuk Drive Your Plow Over Bones of the Dead.  Seven interspersers because Historian Bailyn “illuminates” seven historical documents.

Charlie is threatening to dismantle my Kindle 1-click ordering.  But he knows I would talk him to death if he did.  Every mother has her ways.