Two of you asked what I have been reading during COVID.  Among my faithful readers, two requesters is Legion.  So this is a little exciting.  But let’s face it: COVID or not, I read a lot. I’ve always read a lot.  A high school friend, Shirley with whom I had not spoken for more than 30 years, called to tell me about our friend Gayle’s death.  Then, because, she said, she knew I would be, she asked, “What are you reading?” and we had a great good time reminiscing and re-connecting through book-talk. Reading is my way of life.

Getting a grip on my enthusiasm,  I am separating reading newspapers from books, even though it is not a clean break. Newspapers are a lifelong pleasure, my tether to the greater world, a place of surprise.  They can cover anything, and sometimes do.  But be prepared for my choices, as you are in the company of one who has “information eyes.” 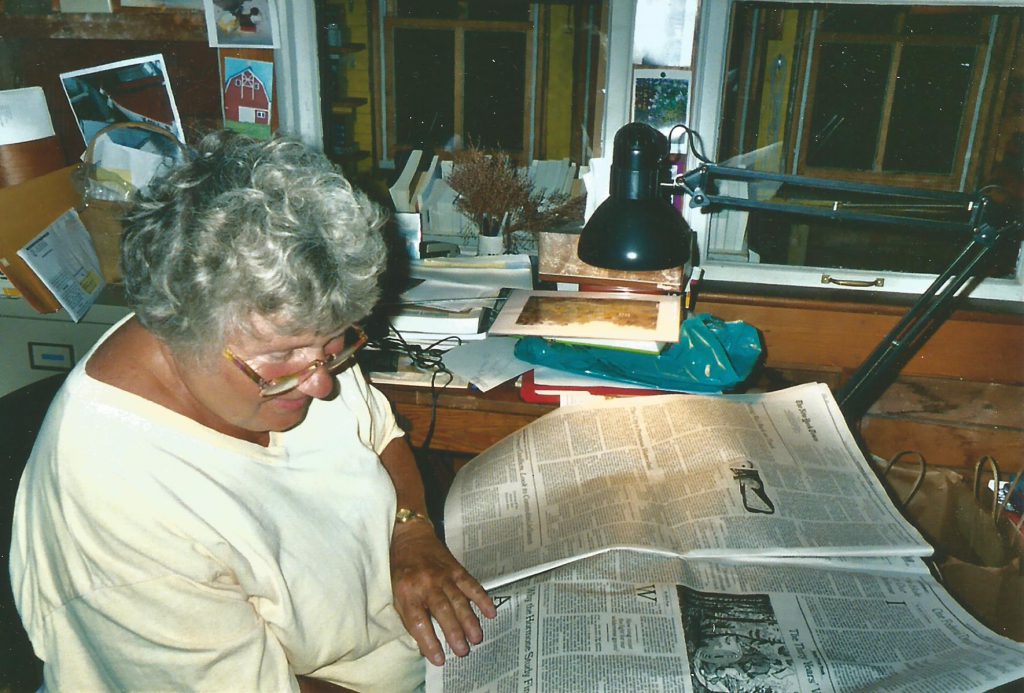 Here I am in Maine, with hair, reading newspapers. Millie says, “Classic.”

In “The code: how genetic  science helped expose a secret coronavirus outbreak [in Iowa]”,  Paraic Kenny, a tumor geneticist turned viral geneticist, became a disease detective, a genome tracker, in fact, a genetic epidemiologist.  Its all searching to me, and I have loved searchers, strategies, or search results and reports  forever.  Now I’ll add tracking, investigating, even detecting, and become an “information epidemiologist”.  See?  Exciting!  And what’s up with Iowa and secrets?  That’s just plain un-Midwestern-ness.

I came across another  timely “case study” of information tracking titled   “How sexist, racist, attacks on Kamala Harris spread online.”  I read this  and learned of too many [massive sigh]  social media sources I’ve never met, but which, when distributed, include the concepts of “spread” and “influence” and “sequence” which I do know [whew!].

Now it’s QAnon I don’t get.  It promotes a conspiracy of drivel, amorphously,  without rhyme or reason or structure — at least to me.  I don’t know what or who it is or how it’s information spreads, changes, infects or influences. I do wonder how so many naive  people could have so much easy access to dangerous nonsense  and so little ability to recognize the nonsense.  Doing my best to thwart this pestilence by knowing more about QAnon’s paths to the gullible, I read recently and recommend: “How QAnon is spreading during the pandemic...”, and  “Following Falsehoods–A Reporter’s Approach….” 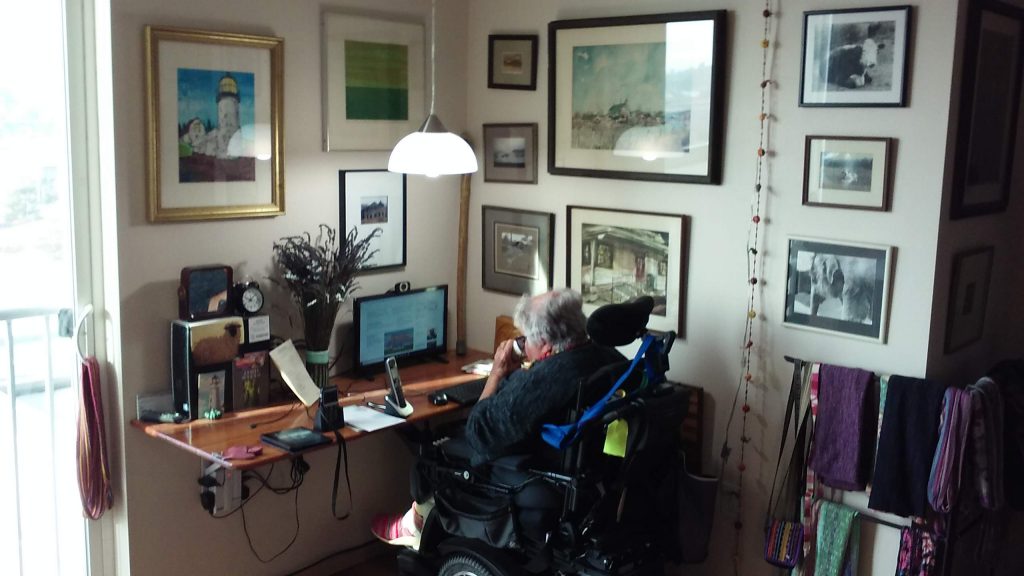 Here I am in Seattle, reading the New York Times…uh, differently.

Too much?  Well, I warned you about reading with an “info nerd,” Barb’s wonderful name for a group I want to be part of.  Just to remind you all of my very useful liberal arts degree, I read a VERY interesting wide-ranging article  about Edward Hopper’s early work.  As re-envisioned by a grad student in art history who found old magazines for amateur artists which had some pictures the adolescent Hopper copied for his early paintings.  So given his copying, is Hopper less a teenage genius that gave meaning to “American-ness?”  Is there even such a distinction as “American-ness”?  With that, I’m enjoying a few minutes of canal watching, a mug of vegetable broth, and remembering American Studies’ friends.

Somewhat similarly, I am newly sitting in Seattle and wondering if there is such a thing as a Midwestern sense of humor.  I cracked a really funny joke in the poetry group ( Robert Frost transgendered as Roberta ?), and only the physicist/jazz pianist, who had to find an aide to make his laptop stop playing a song he had brought to illustrate a point at an earlier meeting, only he got it, — finally.

And my spidey senses must have been on high alert when I decided to read about James Murdoch, Rupert’s younger son who has left the fold because he has a brain and principles and decided instead to invest “in start-ups created to combat fake news and the spread of disinformation, having found the proliferation of deep fakes ‘terrifying’ because they ‘undermine our ability to discern what’s true and what’s not’ and it ‘is only at the beginning as far as I can tell.”   Where we you James Murdoch all those years I was always looking for funding for my next project?  AARRGGH!

I still think there might be number patterns in Sudoku (Charlie says there aren’t), and I still don’t like the Thursday NYT crossword, though I did “get” the last two rebuses.  And Rex Parker’s blog remains a vent-worthy read.

My list of favorites grows:  Gail Collins, smart, bit snarky, good natured, usually politics;  Paul Krugman, broadly-read and -interested economist;  Thomas Friedman, Middle East thinker about actions, connections, and implications (I also like novels by Daniel Silva and David Ignatius), and he, like Al Franken and the Coen brothers, is from Minneapolis-plus; Timothy Egan, usually writes about the West but I’ll read anything he wants to write about, and… he lives in Seattle; most recent  fav Siobhan Roberts, writes interestingly and knowingly about math, surely a miracle;  and Farad Manjoo and, until the Atlantic “contracted” her away, Zeynep Tufecki both of whom write broadly and knowingly  about information matters.

WHEW!  Enough.  Be ready for more joy and curse of newspaper reading.