It’s best to read yesterday’s post first because this one mostly builds on QAnon comments therein.  Herein, I am quoting at length from Farhad Manjoo’s NYT article because I worry that my links don’t always go through, and no one says it better than Farhad Manjoo.  I like his sources, too.  So, onto his latest QANON comments.

First, a bit about why we should worry about QANN:

Farhad Manjoo talked about QAnon with “Joan Donovan, a pioneering scholar of misinformation and media manipulation [who] is very worried.  [She studies] the way that activists, extremists and propagandists surf currents in our fragmented, poorly moderated media ecosystem to gain attention and influence society,…  [but especially to reach] “people who have been ‘Q-pilled,’ QAnon plays a much deeper role in their lives; it has elements of a support group, a political party, a lifestyle brand, a collective delusion, a religion, a cult, a huge multiplayer game and an extremist network….”

Then, a bit about how QANON morphs and spreads, which is necessary to understand in order to diminish it:

“Donovan thinks QAnon represents a new, flexible infrastructure for conspiracy. QAnon has origins in a tinfoil-hat story about a D.C.-area pizza shop, but over the years it has adapted to include theories about the “deep state” and the Mueller probe, Jeffrey Epstein, and a wild variety of misinformation about face masks, miracle cures, and other hoaxes regarding the coronavirus. QAnon has been linked to many instances of violence, and law enforcement and terrorism researchers discuss it as a growing security threat….  ‘[QANON] is now a densely networked conspiracy theory that is extendible, adaptable, flexible and resilient to take down,’ Donovan said of QAnon.”

VERY SCARY STUFF!   What to do?  When in doubt, I VOTE AND HOPE AND PLAN! 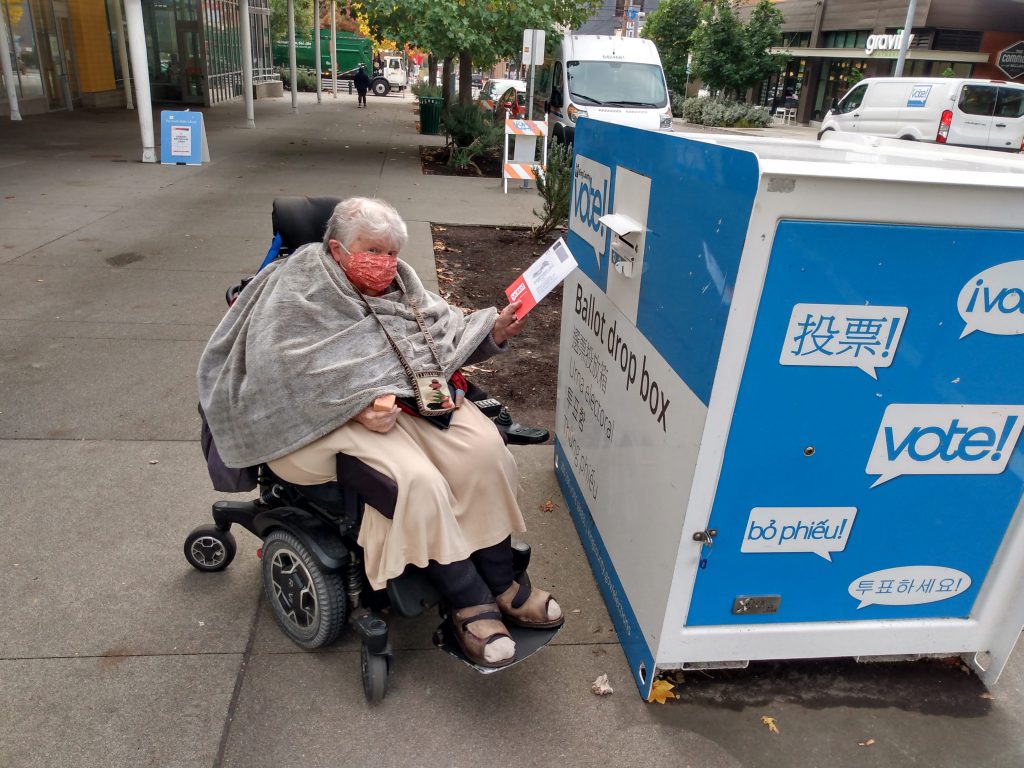 I vote, you vote, we all vote and democracy lives.  BLUE WAVE ALERT

To be fair or maybe to be an idiot, I should note that in the Manjoo article, “Donovan compares QAnon to the Rev. Charles Coughlin, the priest whose radio show spread anti-Semitism in the Depression-era United States. Stopping Coughlin’s hate took a concerted effort,…”

FULL DISCLOSURE:  My dad was Charles J[ohn] Coghlan [hard “g”], a good and generous man, who had not a bigoted bone in his body.  On at least one occasion, he did sign a Father Coughlin picture,  but, he didn’t look anything like the priest, and he signed as he was, Charles J. Coghlan.  My dad was an amiable man, former Wahpeton mayor, and soon thereafter, a Richland County Commissioner. Thus, like his four uncles who served in the ND state legislature and his dad who was mayor of St. John, Chair of the Board of Education, and founder of the local chapter of the Isaac Walton League, he served though elective office.  I don’t know who some people thought they were voting for, but if they voted for Charles J. Coghlan, a father only to his family, they got the best.