SEATTLE HAD SNOW, 6 inches of snow.  That was Saturday and Sunday.  Charlie and I frolicked in the snow.  See picture below. 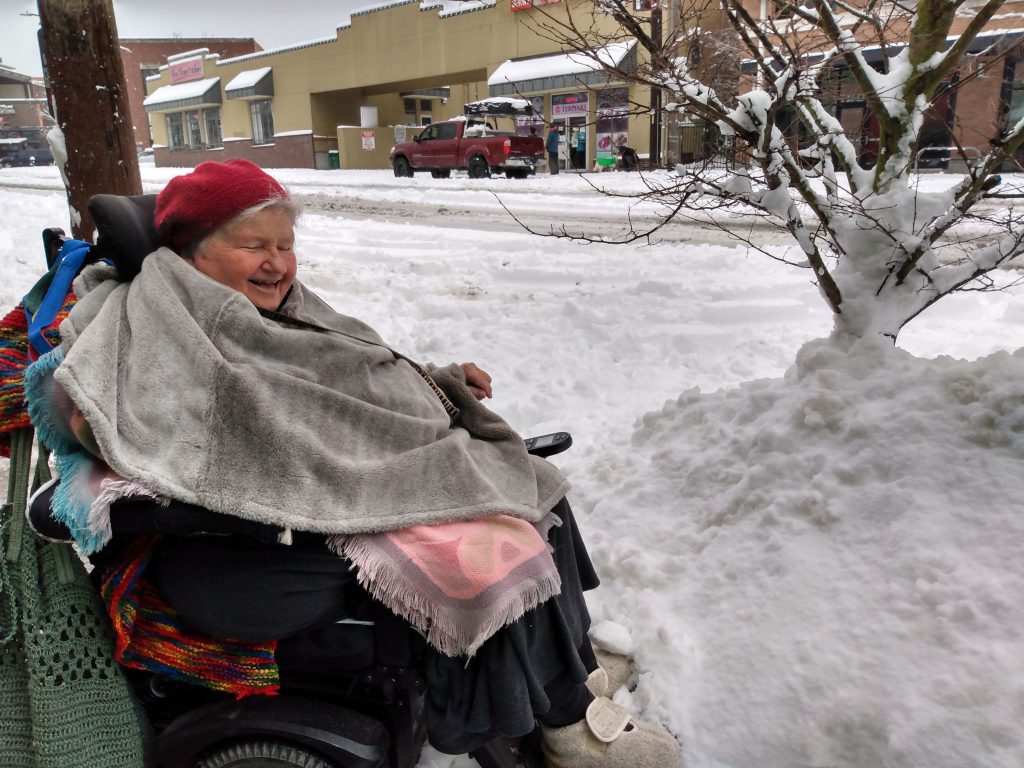 Today is Tuesday.  SEATTLE HAS SLUSH and, maybe 50 degrees.  Pray for a drying wind. But snow is in the air and frequently on my mind.  It’s a pandemic luxury.

A SENSE OF SNOW

As a 4th generation North Dakotan who has lived the last 50 years in Minneapolis, I have some sense of snow, which in my experience, is so much more than a builder of character and reason for nostalgia, though it is those things, too. Remember the excellent book, Smilla’s Sense of Snow by Peter Hoeg?  I loved the book and the “snow art” paintings in a recent NYT article mostly about  snowy day memories.

I sent it to Kathy, who liked it, especially the snowing Doig and replied with snowy, likeable, Claude Monet’s “Sandvika, Norway“ from an issue of The Norwegian American(!).    This shamed me both for her breadth of search and it’s Norwegian pertinence.  Charlie my #1, favorite, and only son, you may recall, is half almost pure Norwegian.  My mother said I was a “duke’s mixture”, more likely a “prairie mix”, but surely not a “Irish mongrel”, as some ding dongs would have it.  My dad only acknowledged the Irish, and I am my father’s daughter.  But I digress.

So, looking at  Peter Doig’s “Cobourg 3 plus 1” probably painted from Canadian memories, and the Monet from his time in Norway, I concluded that Kathy liked “blurry air” paintings, but not, it turned out, falling snow jigsaw puzzles, and that to continue this pandemic lifelong learning conversation, I should think about what I liked and why.  This is fun, I have the time, I wasn’t going anywhere, and the baa-ing “Sheep in the Shafer Vineyard”   on YouTube were good company.

In the NYT article, I liked Kandinsky’s “Winter Landscape” for the exuberant colors which made me think of hooked rugs, fiendish jigsaw puzzles, and the many colors in and of snow, and Monet’s ‘The Magpie,” for it’s stillness and prospects, and/or maybe because a “Wyeth sense” (the Spidey sense gone amok?) had osmosed in me  during my 35 summers in Wyeth country.

I love Jamie Wyeth’s snow art.  His “A Murder of Crows” sits on my desk reminding me of Tenants Harbor’s Southern Island with snow fallen and illustrating his use of blues in snow shadows, apparently in the spirit of Rockwell Kent, but I don’t understand Jamie’s yellow shadows.  One day in Maine I was  standing next to him in front of his newly finished  painting of a glorious window filled with sunlight on a snow- topped rock with some yellow, which, now I think, was probably kelp.  The window was framed by the dark innards of a rustic wall.  I liked it a lot.  He asked what I thought.   “Well,” I said, repeating an art critique of fifty years earlier “I know something of snow.”  I know; I am an idiot.  But Jamie was my neighbor and a really good guy, so we talked of snow.  Now I consider thusly repeating myself a sure sign of diminishing returns.  AARRGGHH!

My earlier  “snow art” critique was in a do-over essay, assigned  by my college writing professor, who did not think my childhood memory of Edna Peschel’s hand-painted mural on her family’s garage door was sufficiently artful for an art review assignment, though he did admit he’d like to see it.  He told me to find something else.  So, in the Boston Store’s Framing Department, with it’s sale table piled high with reprints, I found  Utrillo’s “Winter in Montmarte” which I chose because “I knew something of snow.”  I passed the course, the teacher probably SIGHED and good times followed.

All these years later, I still know only what I do like and nothing of what I should like, but who cares?   I have great fun deciding.  I think it’s a pandemic gift to lighten up.  Right now I’m making and putting together snowy jigsaw puzzles.  Falling snowflakes are  a pain.  I turned Scott’s picture of whites with Roseledge bushes into a ho-hummer puzzle of “many shades of gray”. Tee-hee. 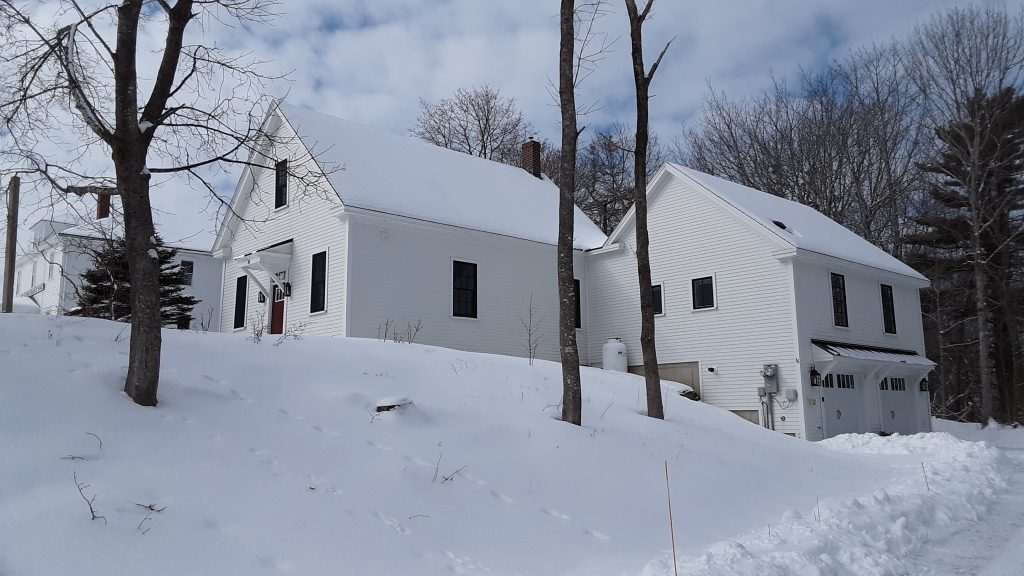 becomes a dreary of grays.

No eyes of Kandinsky lurking in that snow.  But with that frolic of thought, let me welcome you to the good-time world of the ever curious, enjoying a long, learning life made more “interesting”, as we say in Minnesota,” by living through a pandemic.  Good friends,               ZOOM, and a sometimes obliging son help.

Read only those things that continue to be engaging, switch when they stop, and, later, maybe wonder what it’s all about, Alfie.  So I put down Val McDiarmid’s latest, Still Life, in Scotland with Karen Pirie, always engaging, but this time not so much, and started Jane Harper’s latest, The Survivors, in Australia with Aaron Faulk.

Figure out how to get Charlie more excited about my caddying for him.  My poker threat is no longer enough.  I could haul both clubs and drinks.  What a deal, I say.  I might need “monster truck” tires for my wheelchair to save the fairways.

I am totally vaccinated!   This calls for a celebratory haiku.

For a celebration of haikus and a million other reasons, watch “The Hunt for the Wilder People” on Netflix  I love this movie. 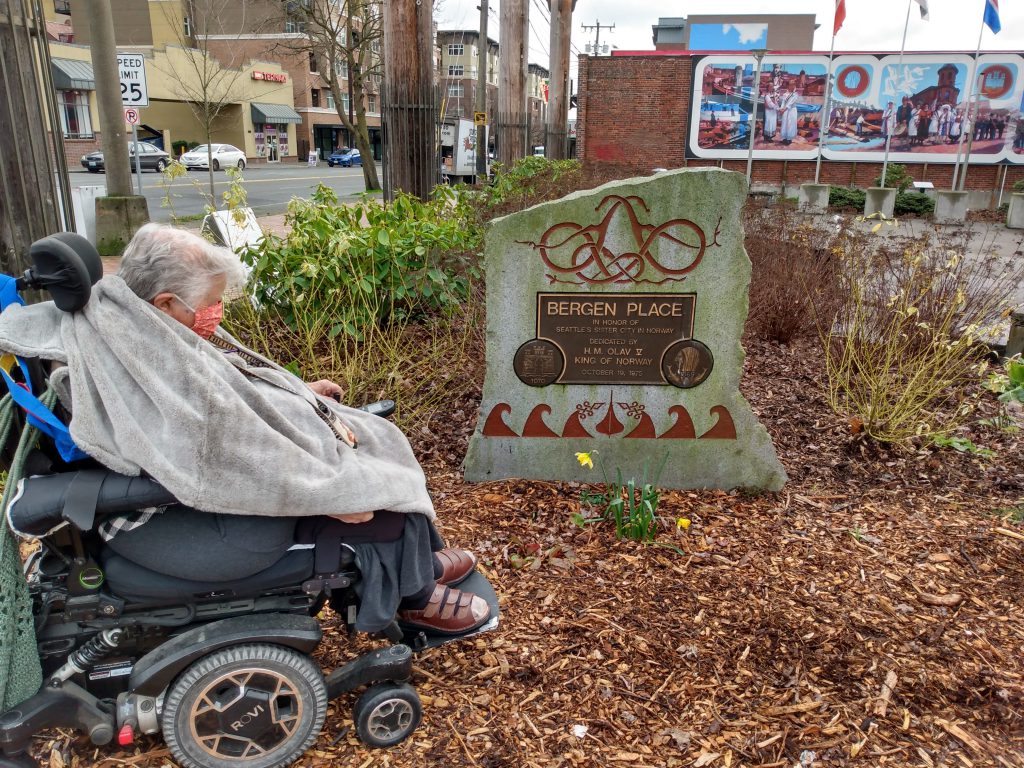 A ZOOM quote for the ages: “I am not a cat, Judge,” said the cat-filtered lawyer on a Zoomed legal proceeding.  But who knew?     I laughed so hard that Charlie, sleeping on the sofa, woke up thinking I was choking to death.  Then I played it again and laughed until my stomach hurt.  Self harming?