I love the idea of “graffiti-ed graffiti,” the public adding to public art and making the art better, like scientists doing great work by “standing on the shoulders of giants” who came before them.  But what happens when the unsuspecting public “added” to a signed work of “abstract expressionist graffiti” in a shopping mall, and the irate artist thought it defaced his $400,000.00 work and wanted $9,000.00 to de-deface it, but I, for oe critic, thought it looked better with add-ons?

I would show you the articles with art , but Charlie tells me it’s illegal for me to put them in my blog on the ultra slim chance that it might make money, even though a readership of six and  a blog wjth nothing to buy makes it seem unlikely. 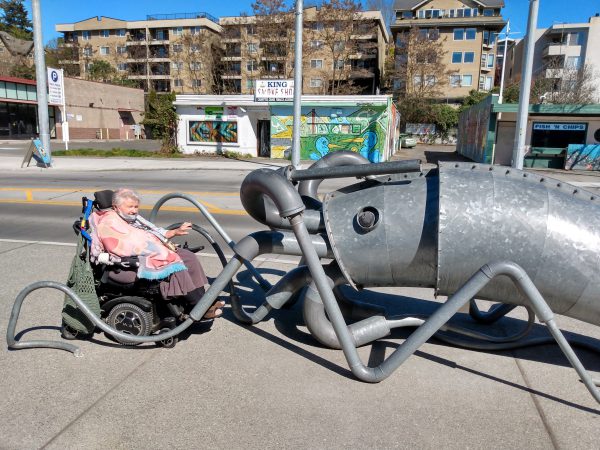 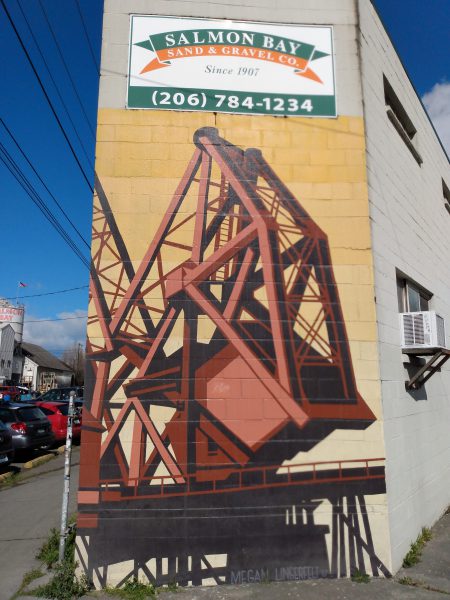 Instead, I have pictures of my latest Seattle public art finds which, I assure you, I can’t add to and Charlie won’t.

Two books I loved that came to mind as I wrote this were The Double Helix by James D. Watson (discovering the structure of DNA)  and On the Shoulders of Giants by Robert K. Merton (tracing concept’s history and use).

I love Heather Cox Richardson.   She is a historian whose “Letters from an American” are like a lovely conversation that gives perspective with footnotes to the day’s events.  She is a 4th-generation Mainer and lives on the coast, which I also  love, and is a superstar on Substack,  which I am glad exists, but don’t know much about.

I love the advice, “Teach children not to talk to strangers, then teach them not to believe what they read on the internet,” but hate that it came from a slander spreader who was a big part of  false-information spreader-networks.  Why should we care so much?

Because “Information warfare threat to the United States is different from past threats, and it has the potential to destroy reason and reality as a basis for societal discourse, replacing them with rage and fantasy. [ Sounds like daily headlines.  VERY WORRISOME.  Emphasis added.] Perpetual civil war, political extremism, waged in  the information sphere and egged on by our adversaries is every bit as much of an existential threat to American civilization and democracy as any military threat imaginable,” says a cyber policy and national security expert to U.S. lawmakers and noted by Dr. Richardson

So what makes a better prepared searcher, chooser, and user of information?  Attack the algorithms, Farhad Manjoo, whom I love, sort of suggests.  “The internet [which includes social media]  is still ruled by viral algorithms and advertising metrics that prize outrage over truth.”  For example, Amazon’s algorithms, which favor their owned or otherwise linked  works, have never suggested anything ese I might like to read or buy.   Now I need to learn more about the “politics” of algorithms.  As good mothering would have it, she sort of humble-bragged, I have raised a math guy who does not believe I passed a statistics prelim or that there is a “politics” of algorithms.  The challenge is ON. 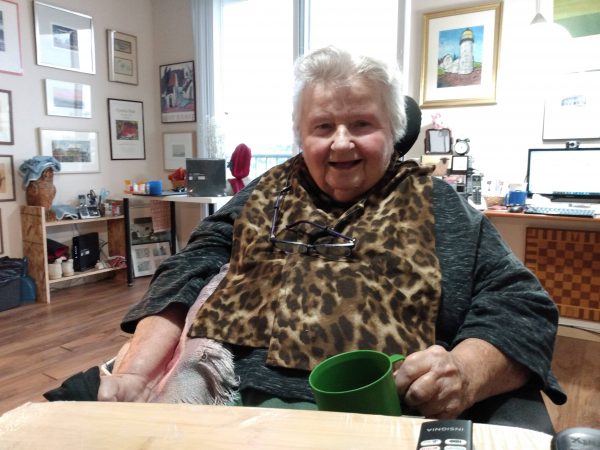 I love Poetry Club, especially the enlightening, but time-consuming search for the perfect poems and poet[s].  I did many Internet searches for and through too few individual poems, too few digitized books, bios, reviews and serendipitous  Poetry Month gems.  I purchased six 1-click books  —  2 collections, 3 individual volumes, and 1 ho-hum murder mystery [ See last post]  —  scanned them all and stumbled across 2 articles.  Then I chose my “World Class” poets and poems.

My Hero   By Billy Collins

I love libraries, all and forever, where minds past and present meet  to become.  My latest library love is the becoming Obama Presidential Library.  Imagine it as a hub that connects usefully all the records in all the places  and formats pertinent to an an Obama quest and that houses, maybe a changing, body of works to keep it lively.  Maya Lin’s re-do of the Smith College Library is wonderful and rests on many similar ideas.  I love Maya Lin.  And, though I do not love it in the same way, Google’s new designs for work [and study?] spaces area fraught with potentially useful expectations and possibilities. “I willll frolic in the phlox with friends,” said the tortoise, and the hare hared.

I am the tortoise.