GOOD NEWS ABOUT SEARCHING FOR INFORMATION

In a world befuddled by dis-information or mis-information, a beacon of light appears in Tressie Macmillam Cottom’s column, “How to Avoid Drowning in an Ocean of Information”.

I found it this morning, just in time to share at breakfast. “Not a sure conversation starter,” Charlie, the wet rag, drolled. That, of course, has never stopped me, but just in case it’s a “more coffee, less talk” day, I will share with you her call out to Heather Cox Richardson, whose daily “Letter from an American” I love, and her concluding paragraph, which makes bigger points about finding and choosing from the best available information. Then, I hope you read the whole column.

“Another way to look at information sources is to focus on genre, rather than platform. Newsletters are a powerful entry into the information ecosystem. My theory is that newsletters are an evolution of a very old genre: the new iteration of pamphlets. Political pamphlets are hundreds of years old. They are somewhere between “objective” journalism and polemic. They often present deep explorations of topics and explicitly unsettled arguments. Good newsletters during information events put those window frames up for debate. They are systematic in their analysis of the event but also think critically about the sources that shape the analysis. The historian Heather Cox Richardson’s newsletter is a good example….

A good media diet is about more than diversity of sources. It is also about information with different purposes. Investigative journalism takes time and resources. Social media shrinks time and resources but can respond quickly. Newsletters give context and help us make meaning of information events. We cannot parse everything. The answer to the problems created by scale is to acknowledge that we are not infinitely deep containers that can take on as much water as information demands. We must witness, but we must remember that we have limits.”

SEARCHING FOR INFOMATION IN LIBRARIES

Another time, the “how to find the best possible information” quest needs to address libraries’ ongoing commitment to neutrality, especially in these polarized and polarizing times, if only to be ready for the next argument with a disagreeable friend. Maintaining that commitment to the “intellectual freedom” that an “enlightened citizenry” needs and deserves from the publicly-supported library, which is, in the words of a friend, “the mind of the nation”, is not easy, maybe even under threat, but oh so worthy of discussion.

A BIT OF NONSENSE 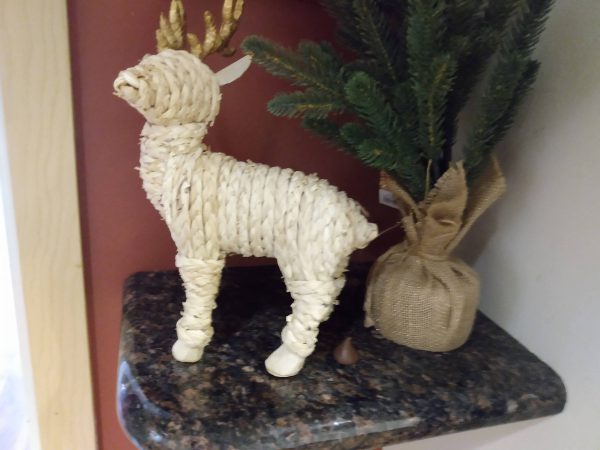 After 40 years of trying to provoke people to care about why they think they know something, I’m now just a frustrated information user who, in the midst of mis-, dis-, or just plain bad information, hopes today’s info-nerds have better ideas about what to do.    Here are a few ideas, with my “interspersions:”

“Estonia mandates everything from how online content is created to how statistics can be manipulated, lessons about social media, trolls, the difference between fact and opinion and what makes a good source. [Good, but better would be Information as a moving thing, e.g. distribution, change/editing, flowing from source through deltas to merging,…]

“[Finnish] High school students are given a series of political topics and asked to compile lists of stories and commentary from across the internet, then investigate the veracity of claims. [Vague on skills needed and tactics used to compile and investigate]

”[Stanford History Education Group suggests] that kids learn how to assess the reliability of the specific information they’ve found online, who published it and for what purpose, thus look at the whole ecosystem in which the information resides.” [Life  or “ecosystem” of information is a good idea, but the Internet makes distribution a study in itself, with change of purpose possible at each “growth” spurt.  Frankly, this approach sounds simplistic.]

Whew!  Good to be finished with that.  I need the tab space for my current Poetry Club assignment of choosing 3 poems from a list of international poets.  ARGH!    Too much angst and flowery language, too little good-nature and crisp-ness. So, thanks to Kathy’s good idea, I’m trying to use the Japanese “founding” of  haiku as sufficiently international to use  Japanese-ish, Caroline Lazar’s very funny NewYorker haiku.  I also need to either “mediate” translator differences in addressing Wislawa Szymborska’s poem, “Psalm”, or just accept all of the differences in one version and be done with it.  Sniff, humph, or say what you will, I’m having a very good time.