MIND EXERCISES AMONG THE FLOWERS

Our monthly fitness charge was to frolic among a chart of flowers by tallying our week’s exercise, self-assessing the results and assigning our tokens to “appropriate” flowers. To the Physical Exercises suggested, e.g. walking, climbing stairs, I suggested including Mind Exercises because, as an exercise, my tepid, left-handed wave was, well, tepid, and I wanted to move among the flowers.  Once Mind Exercises were included,  I had to figure out what a Mind Exercise was, beyond the daily routine of Wordle, NYT crossword puzzle, Sudoku, Spelling Bee, and jigsaw puzzles [color analysis].  Three “exercises” come to mind 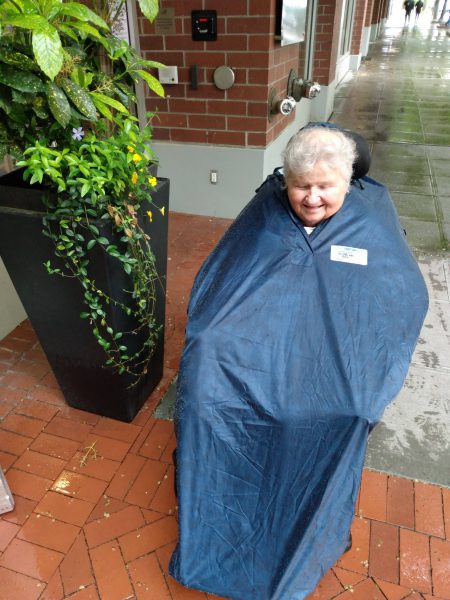 I cracked a very funny joke.

During a Poetry Club reading of poems, Steve admitted to being ill-prepared, but he brought his new book of Amanda Gorman’s poetry [Remember her at the Biden Inauguration?] and had already read one poem.  So, as he readies himself to read a second one and looks AND LOOKS at one page in the book,, I begin to laugh inappropriately hard, and convulsively ask, “Is her poem named ‘Silence,’ and are you to say nothing for 3 minutes?”  Steve looks up at me chortling, maybe crying a bit, and says, “What?”, pauses,  and begins laughing, too.  No one else was laughing or even paying attention.

So I  cracked a joke for sure, but is it even a joke if only the teller laughs? I was saved from this dilemma because Steve laughed with me.  Then he said that he wasn’t laughing at my joke; he was laughing at me laughing at my joke. So problem or no, I cracked a very funny joke, and I’m laughing even as I write this.  I award myself an equivalent challenge of a Statue of Liberty up and down climb of 324 stairs.

I had a really good idea.

I can’t find the NYT article about traits of a resilient person [Jane Brody’s interview with Pauline Boss is good, too.], but I can recall thinking, “Aha! These are the traits of an adapter, who, by adapting, demonstrates resilience!.”  This good idea expands my earlier thinking about “adapting as a way of life and living longer” which I explained to my fellow Oldies, but Goodies here at the Landmark.  I  made up three stages of becoming an adapter – accepting, accommodating, adapting – which, if adopted, should lead to living longer.  And, as we here are all of an age, we are obviously master adapters.

Now, how exciting would it be if adapting were considered a creative act? Every combo of person, need and situation calls for a singular solution which, when implemented, is a creative act of adaptation.  Become one with the  adaptations and, Voila! you are resilient.  Good ideas happen in an “Aha! Moment”, but they happen only to prepared minds and Zoom calls, visits with friends, constant alertness to possibilities which your son pretends to ignore, reading wisely and, apparently, subliminally, and so on.  For the year- long interspersion of maybe significant thoughts, I award myself a tough, but worthy climb of Ireland’s Michael Skellig 1200 rocky steps. 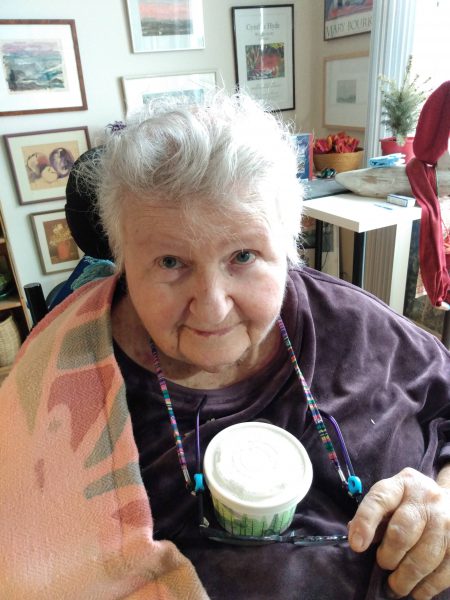 Call it the teacher / librarian / Roseledge Books soothsayer in me, but I love being able to think of reasons why a certain book might be just right for someone else, but it is is a joy and challenge and friendship cementer that requires perpetual attention.

For their wedding, Dazzle, who works with New York water, gets Peter Wheelwright’s The Doorman, a mix of fact and fiction about three generations of intertwined families who saw “their” river in the Catskills be turned into a faucet for NYC users, and Andrew, who works with photography, gets Errol Morris’ Believing is Seeing: Observations on the Mysteries of Photography which the NYT reviewer writes “is an attempt to make sense of the relationship between the documentarian, the documented and the truth.”  Actually, the whole review is worth a read.  For me, the Wheelwright book addresses the nature and nurture of families which is helpful for my family album project [a coming attraction], and the Morris book is among my very few favorite “search books”.

For their exchange trip to Sweden, the Minneapolis naturalist / educators might enjoy Frederick Sjoberg’s The Fly Trap, about which The Guardian reviewer says, “Perhaps the only thing crazier than a hoverfly obsessive would be to write a genre-defying memoir about it and expect to find a publisher and readers. This, of course, is exactly what the writer, translator and biologist has done with The Fly Trap, and a small book about an obscure branch of entomology has become unexpectedly big”  Again, the whole review is worth a read.  The book is one of my favorite memoirs.

For the perpetual awareness this brain exercise requires, I  think an equivalent challenge might be admiring or hiking the 272 steps up and/or down at Golden Gardens with a ride to and/ or from the park, but for sure with time out for a a latte / book break and lots of ocean ponderings.

And just for the physical exercise record:  I do get a flower for “swimming” each week, during which I walk in, not on, water and with noodle, flutter kick my way to exhaustion.  It’s not exactly swimming, and Charlie helps, but I love it.

I see a lavish bouquet forming.

5 Responses to MIND EXERCISES AMONG THE FLOWERS